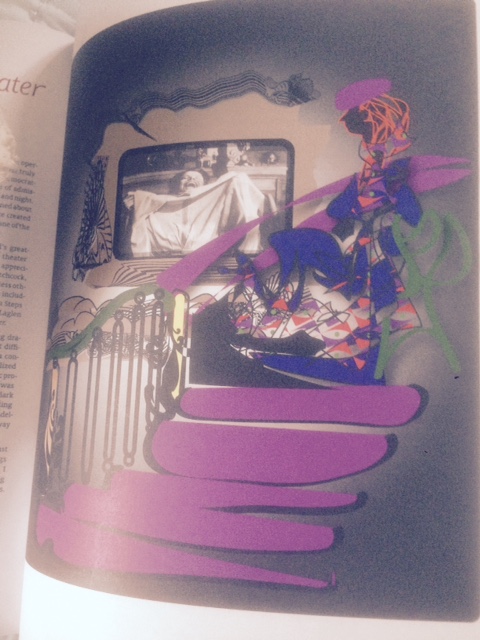 A banshee-like shriek came down from one of the darkened theater’s balconies followed by the shouting words ” a man is up here, take him away.” The shouter, a bag lady named Daisy, was one of the regular devotees of the Clark Theater’s “Little Gal-ery for Gals Only.” This kind of real drama complemented the cinematic drama almost daily at the Clark.

From the years 1963 through 1968, I must have seen about a thousand films at the Clark, located on Clark Street just north of Madison. As a full-time student at Roosevelt University in downtown Chicago with a flexible hours part-time job also downtown, I found it convenient to go to the Clark. You couldn’t beat the price, a buck and a quarter, and it was open almost all the time. The only time it closed was for two hours, from 4 AM- 6 AM, to clean the theater and shoo away the all-night sleepers.

The Clark featured two films each day. They were the best of American and international cinema. Bruce Trinz, the owner of the theater, had an encyclopedic knowledge of cinema history. He grew up in the theater business, and for Bruce operating the Clark was a labor of love. He truly believed that film was the great democratic medium, and he kept the price of admission low and the theater open day and night. When some of the women complained about creepy guys harassing them, Bruce created the “Little Gal-ery for Gals Only” in one of the balcony sections.

So for five years I viewed the world’s greatest cinema in a run-down, smelly theater on North Clark Street. I learned to appreciate the genius of Welles, Fellini, Hitchcock, Ford, Truffaut, Renoir and countless other great directors.

However good things can’t last forever and Bruce eventually found it hard to keep the place up by himself. Film distribution rules were changing and the Clark was not able to get the film classics consistently. Meanwhile, the property was worth a fortune and Bruce doubtlessly realized it was a good time to sell. And so the Clark shut down in 1969 and the building was demolished five years later. Bruce left town and lived a good full life, passing away this past summer at the age of ninety-three.

Whenever I now find myself on Clark just north of Madison, as I walk by buildings of anonymous concrete, glass and steel, I seem to find myself unavoidably humming the music from some of my favorite movies. Thanks, Bruce, for the memories.

1 thought on “The Clark Theater”