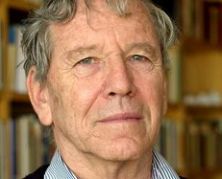 At Emanuel Congregation this evening, our Rabbi, Craig Marantz, wove the words and wisdom of Amos Oz into the narrative of the service. Oz, the great Israeli author, passed away earlier in the day. May his memory be a blessing. Here are some passages from Oz that Rabbi Marantz shared with us this evening:

“I find the family the most mysterious and fascinating institution in the world.”

“Fundamentalists live life with an exclamation point. I prefer to live my life with a question mark.”

“A conflict begins and ends in the hearts and minds of people, not in the hilltops.” 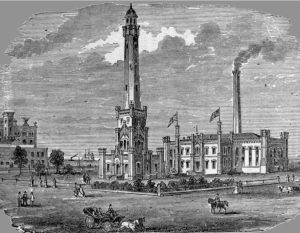 Richard D’Oyly Carte, the Sol Hurok of Late Victorian Britain, had a brilliant idea to promote his production of Gilbert and Sullivan’s Patience in North America. The operetta, wildly successful on the London stage, was a spoof of the aesthetic movement in The Arts, which was a rage in British intellectual circles in the 1870s and early 1880s. Simply put, this movement placed aesthetic values above moral and social themes in literature and the fine arts. “Art for Art’s Sake” was the rallying call of the aesthetes who prioritized beauty over pragmatism.
There was no better embodiment of aestheticism in Britain, both in intellectuality and personality, than Oscar Wilde, the transplanted Dubliner who was dazzling London with his wit and his tongue lashings of society and its institutions. D’Oyly Carte decided to underwrite a lecture trip for Wilde to North America to stimulate interest in aestheticism there before Patience was introduced to the stages of the continent.
And indeed, Wilde’s lecture tour was highly successful. Large audiences packed theaters and halls in the hundreds and sometimes thousands to hear the young Irishman (28 years old) speak in his unfettered and unique manner. Wherever he spoke, controversy followed. Wilde in Chicago was a perfect example of this.
On February 13, 1882, Wilde, in his speech before 2,000 people assembled at the Central Music-Hall, located at Randolph and State and the first important building designed by Dankmar Adler, remarked that the Chicago Water-Works Tower is “a castellated monstrosity with pepper-boxes stuck all over it.” Then, in an interview with the Tribune the next day, the reporter queried him “are you aware that you wounded the pride of our best citizens by referring slightingly to our water-tower?
Wilde retorted with “I can’t help that. It’s really too absurd. If you build a water-tower, why don’t you build it for water and make a simple structure of it, instead of building it like a castle, where one expects to see mailed knights peering out of every part. It seems a shame to me that the citizens of Chicago have spent so much money on buildings with such an unsatisfactory result from an architectural point of view. Your city looks positively dreary to me.”